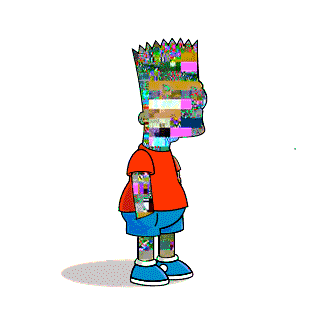 I live; I strategize; I market; I code; I learn; I redesign; I am like ghost in a wire scrolling through internet.

I love websites that still clearly showcase their RSS feeds.

Out of 7 pregnant girls in Kanpur shelter home, 4 are victims of offences under POCSO act -

deadsuperhero   @sean@social.deadsuperhero.com
Watching my girlfriend's kids fight over who gets to use the tablet makes me think that maybe giving kids mobile devices is a terrible idea.

#Privacy browser #brave under fire for violating users’ trust - Don't be so for profit that you loose your core behind and make us stop using adware like you... #Infosec #Security https://decrypt.co/31522/crypto-brave-browser-redirect

Amnesty International: "Despite decades of discrimination, today, #India's sanitation workers are fighting #COVID19 on the frontline. We ask for their protection & dignity, not just now but even after this pandemic.

The culture of mastodon makes me sick and i feel like trash for perpetuating it. there's a lot of "posting through it" type of content and people defending shitposting in times where it is not productive and actively harmful. I've seen multiple times somebody do something shitty and then get called out for it only for that person's mufos rush to their defense which is really dangerous and enables them to keep making whatever "jokes" they want without accountability. That or people deleting then coming back after a while as if distancing yourself from the community is to have people forget the harm you've done and not to make the people you've hurt feel safe. Don't antagonize people that use part of their limited capacity to help inform you of some work you need to do to better yourself and the community. Be fucking thankful that we have users like Marcia that combat the rampant anti-blackness and colorism on this platform. Take some time to log off and self reflect before making a thread about ohh well you're gay so it's not right to criticise you like anyone ever said you had a free ride in life. If you want to make a joke consider where it's punching, and if posting it on the public timeline is an appropriate place to do it.

Here’s a hard truth about #policy conversations on #India: we rarely hear about India’s northeast. In fact, after hearing & watching so much national media, not even one has been dedicated to the northeastern region of the country.
https://grand-tamasha.simplecast.com/episodes/binalakshmi-nepram-on-the-realities-of-indias-oft-forgotten-northeast-3tE0dyo6

I live; I strategize; I market; I code; I learn; I redesign; I am like ghost in a wire scrolling through internet.